In partnership with Capital City Elite and Cleveland High School, CEVA assisted in putting on the first annual #VTC Summer Outdoor Tournament on Saturday, June 19th at Independence Sports Park.  The tournament not only brought attention to CEVA’s #VTC initiatives, but also to Juneteenth and Pride Month.  Juneteenth was Saturday, and Pride Month is celebrated during the month of June.

The combined event featured juniors’ quads teams as well as two divisions of adult doubles play.  Eight grass nets were used, all donated by the staff at CCE and CHS.

Scott Coons, director of Capital City Elite, and Sydney Hammond, head coach at Cleveland High School, were the main planners of the event and made everything come together.  Several members of CEVA’s administration and Diversity & Inclusion Committees, including Greg Clark (CEVA BOD Officials’ Representative), Cohen Emmert (CEVA BOD D&I Rep), and Arica Nassar (CEVA D&I Committee Member) all were on hand to support.

During the day, a donation was made by the organizers to CEVA’s #VolleyTheChange Scholarship Fund.

CEVA is working with the organizers to make this an annual event. 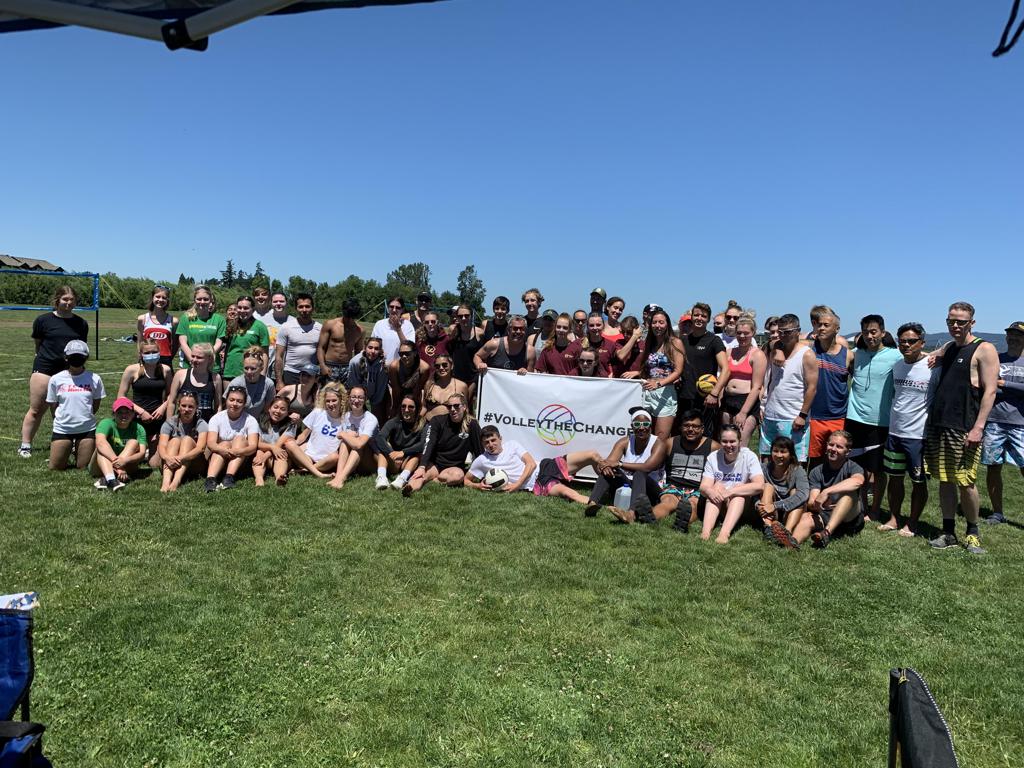